Growing up I used to be a leader, I’ve intentionally placed the word in italics for emphasis simply because that is what it was, just a word. It was more a noun to me more than anything. Leadership was having a badge as an RCL or MLC (Representative Council of Learners/Matric learners Council). One would be voted in because of popularity and status, or better yet because they knew if they were in leadership, they would get away with mischief easier as I wouldn’t blow the whistle on misdemeanor because I didn’t want people to dislike me. I figured leadership is being everyone’s favorite person. Based on this, leadership became more of a burden of responsibility which sucked the joy of being a true leader.

I believe leadership is one of the most beautiful roles one can have, as you can hold the ladder for others to be able to reach heights they would not be able to reach by themselves.This however requires one to be stable, focused and have the strength to do it.

The depth of your personal leadership informs the height of your public leadership. It’s twisted to want to lead publicly if you are not intentional and consistent about leading yourself. When you get bigger on the inside it is only a matter of time before it trickles externally.

The depth of your personal leadership informs the height of your public leadership.

I have grown to learn however that leadership is beyond the badge and status. It has a lot to do with servitude, and adding value to others. For this reason Its is a verb more than a noun. This can only be learnt through leading.

John C. Maxwell in his book, The Leader’s Greatest Return, says that “Leadership is like swimming. It can not be learnt by reading about it. Leaders become leaders by practicing.”

Most people hope to learn leadership by diving in and hoping to come out alive. I believe that leadership development needs intentional effort and it begins with leading oneself. This makes it hard as it is really difficult to lead yourself, it is easier to lead the next person than leading yourself, however this is shortsighted because you replicate who you are in leadership. Similar to when one has influenza and they argue that they do no have it, however the people around them don’t catch what they say, they can’t what they have, this is true because you can’t give what you don’t have. You replicate who you are.

Leading oneself begins with knowing yourself and being responsible for your self.

The first step in anyone’s leadership journey is self-leadership.We must be able to lead ourselves before we can lead anyone else. In fact, the effects of leaders who do not have strong characters, core values, mental toughness, or integrity can be devastating. Whether in communities, families, churches, or schools, leaders lacking these characteristics can have a negative influence on those around them.

Daniel Goleman explains this is beautifully alluding to the fact that Self-Aware leaders outperform those without it. I will blog more about it in upcoming posts related to “Emotional Intelligence”.

Internal & Self-Awareness is pivotal as one is able to identify their values, beliefs, appetite, emotional triggers. I believe leadership is an important skill that one needs in order to be successful in any endeavor they are to undertake.

Do keep warm and safe during this time. 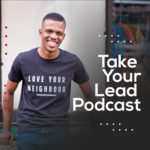 Climbing the ladder: A conversation with Pertunia Sibanyoni

No products in the cart.